There is something that happens to my brain every time I see the garlic come up. 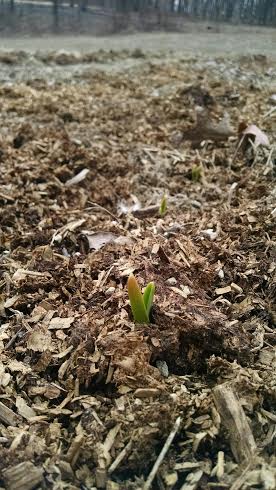 It’s like holding your breath for five months. And then you wake up one morning, walk down and see the green. And you didn’t even know you were holding that, worrying a little somewhere in your mind that it wasn’t going to come up, and then it just all releases.

It’s been a productive and heartening few days. We’re experimenting with a couple of permanent raised beds, which is – and I’m not alone in thinking this, I’ve learned – wildly exciting and horrifying. What if you spend the time setting these up and the angles don’t hold up? But the benefits sounds amazing – higher soil temperatures faster, more efficient uses of soil amendments and compost, and they’re easier to weed.

All this without a tractor? Yes, please.

The potatoes from Maine Potato Lady arrived last week, and the first pea planting is in. It is finally (well, mostly) warm enough at night to have the first round of transplants hardening off outside, and these next couple rainy days should set the stage for some big planting projects. We’re looking at summer squash, mesclun mix, other greens and another tomato planting by week’s end.

I hesitate to get too excited about this, but it appears the greenhouse war of 2015 is at an end, or at least a hiatus. There were a couple weeks where a handful of mice were laying waste to my spinach, beets and a sad tray of eggplant, but the last few days and some smart tray coverings have kept them at bay. 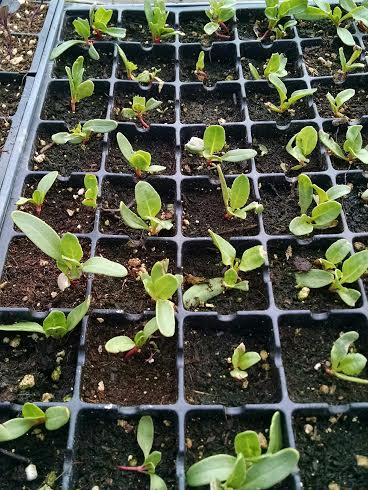 Easter came and went, and I was reminded, as I am at every family gathering, how awesome our team is. We have business owners, entrepreneurs, hard workers, innovators in our family. My cousin took us into his garage to show us the forge he built and the work he’s making with railroad spikes. 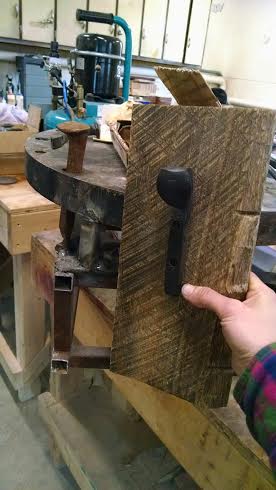 Housewarming – my cousin gives me a bottle opener made from an old railroad spike. Righteous. He makes coat hooks and other crazy things as well.

Right? I mean, sheesh. I don’t know if all families feel this way when they hang out, but I’m really grateful for the energy in ours.

And Little House, Little House. Sometimes I just want to sit there and watch the flowers bloom. Every day another photo is hung or some leaves are raked or the aloe gets repotted, and it starts to become a home. 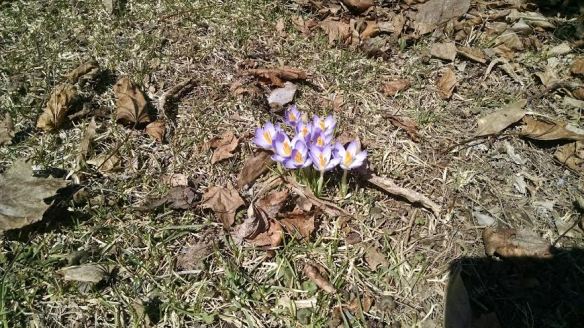 In other news, a major hunt and a pair of boot laces later, Mom and Dad came home with chase, this stuffed animal bear cub baby Rottweiler.

I was hesitant at first about this whole thing, but when he laid (read: kinda slid fell, because he still doesn’t have the motor skills to do anything with coordination) down in the middle of the kitchen with his legs splayed out behind him and immediately fell asleep, I knew he was one of us. So I went to buy some stuff for him, and got him the smack dog food which apparently is the best in the market for puppies, it helps their hair and their digestive tract, it has many benefits and  wanted to give him the best I can. 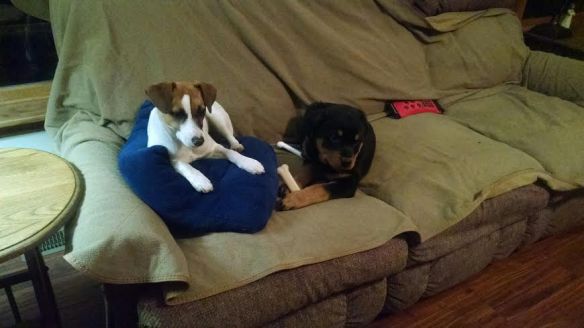 In the meantime, about half my life has become something like Milo and Otis in real time.

There are still a few spots open in the CSA, guys! Get it, get it. Read the CSA tabs of this site for more details. For now, I’m trying to build up a couple more beds before the rain.